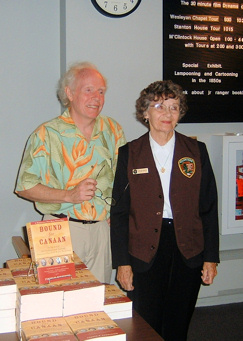 Noted journalist and author Fergus Bordewich discussed his recently published book “Bound for Canaan”  at the Women’s Rights National Historical Park on July 28, 2007.  The book has been critically acclaimed as the first comprehensive work on the Underground Railroad in more than a century and reveals much previously unknown historical information about the efforts of Quakers, women’s rights advocates, reformers and abolitionists to help black Americans escape slavery. According to Bordewich, the Underground Railroad was not as “underground” or “clandestine” as previously believed.

Click here to read reviews of “Bound for Canaan”